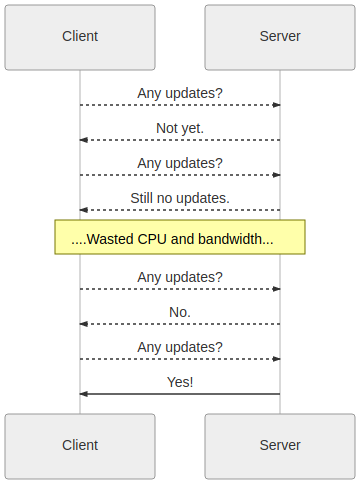 As we saw in the previous example, polling has a number of drawbacks that make it unsuitable for production scale applications. Luckily, the Web API exposes a feature known as autosync which allows you to subscribe to data updates over MQTT. With autosync, there is no need for polling- all data updates are published to subscribers in real-time.

Unlike most other resource management use cases, autosync is performed via MQTT rather than HTTP.