In many ways, the message broker acts as a machine-to-machine chat application. Any software package, whether it be the REST API, FarmBot OS or a third-party script can send a message to any other entity that is currently connected to the message broker, with correct authorization of course. 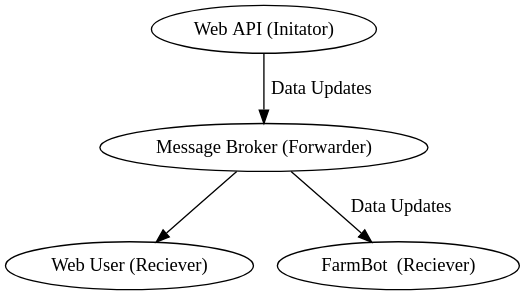