Please only opt into beta updates if you are working with FarmBot staff to report bugs. Beta updates may be unstable and are not intended for daily usage. They are intended primarily for testing bug fixes and features.

What is Beta Software?

Beta releases are by definition unstable. Sometimes, an unstable release will cause your device to go offline. Do not worry- your data is safely backed up on the Web App server. If this happens, the only solution is to perform a hard reflash and start over. Once your device is back online, please report the problem on the FarmBot Forum.

When writing a bug report, it is important to include:

How to Run a Beta Version of FarmBot OS

Now that you’ve read the warnings, you are ready to actually opt into beta updates. 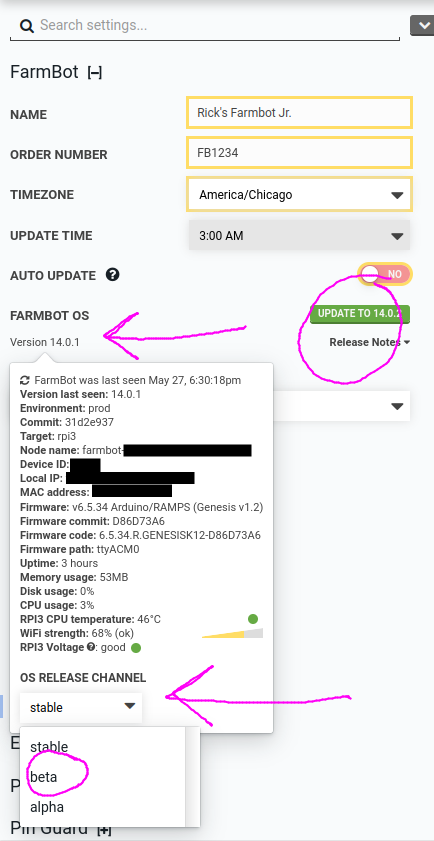